The exhibition of work of the German painter Anselm Kiefer in the abbey of Couvent de la Tourette by Le Corbusier is one of the sideshows of the biennale de Lyon. And as the monumental building alone is sufficient reason for the trip, a good opportunity to inform ourselfs about his current works.

Kiefer’s work can best be characterized by associations. He connects elements such as ancient myths, religion and destruction. The sunflowers, the symbol of this idea of the transient nature of everything, are very present in his works.

The sculptures are intriguing, but we still have difficulty with the artificial way in which he tries to integrate real objects into his paintings. In our opinion, it weakens the work. Also the way some ideas are presented we found way too literal.

The interaction between the building and work also remains difficult. The building has its own unique style and Kiefer’s monumental work does not fit well with that. We have read this building of Le Corbusier has had an enormous influence on Kiefer’s work but no, it is not the best environment for presenting it.  An exception are the three sculptures of dresses outside, here the interaction with the environment works wonderfully well.

All in all : Kiefer is still a great artist, that is beyond doubt, but we still keep longing for his dark mega paintings. The current work shown remains a shadow of what once was… 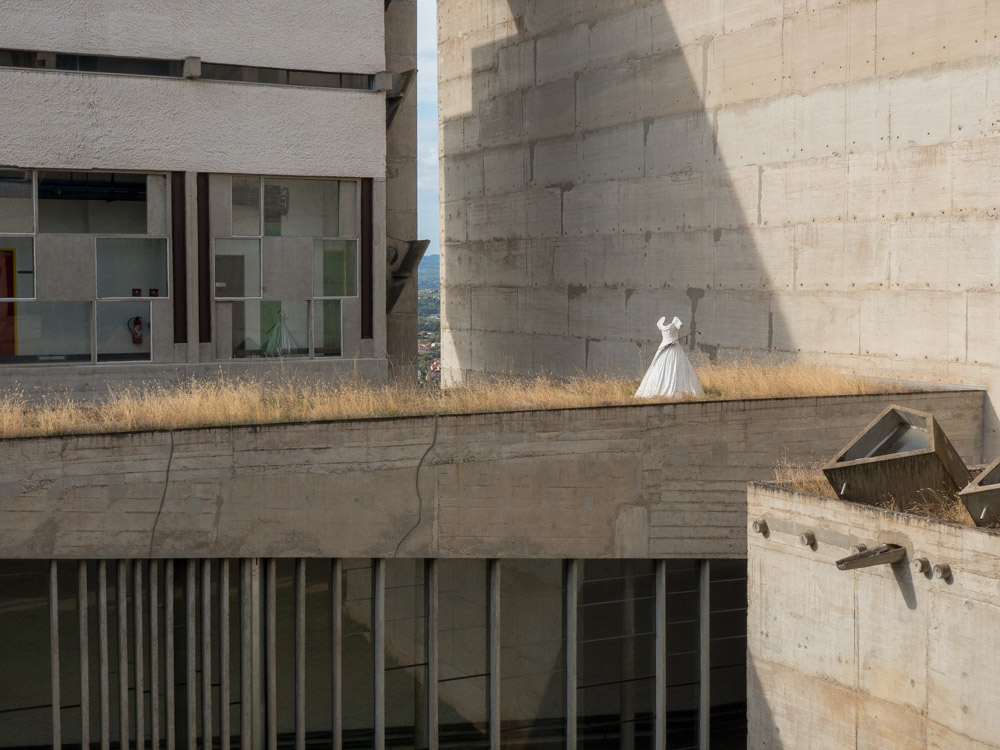 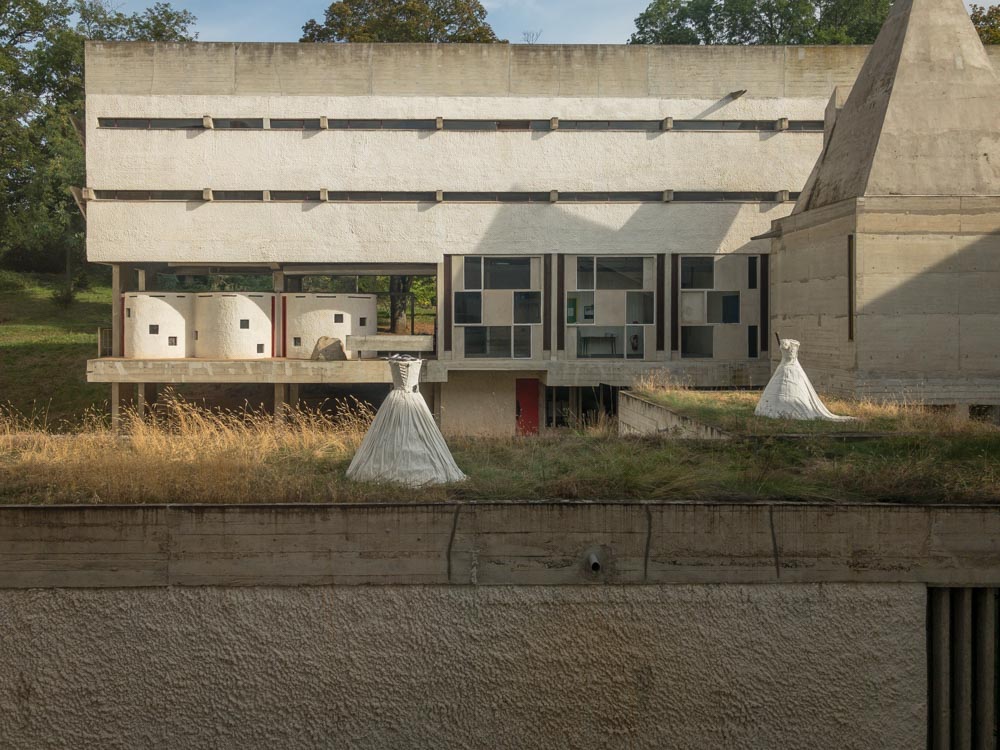 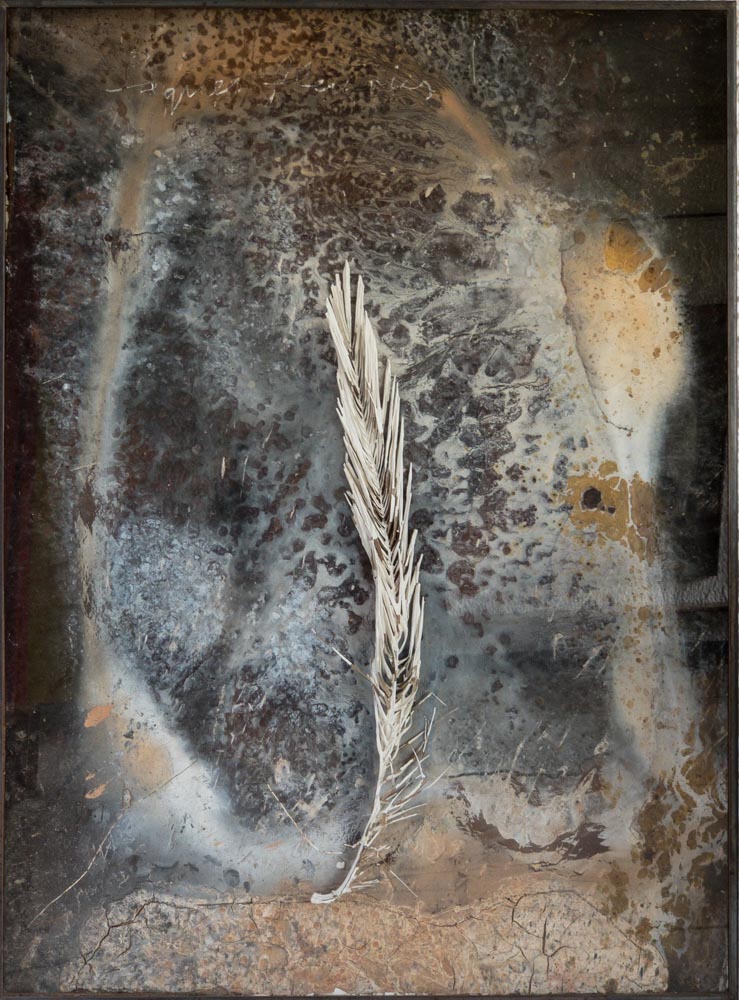 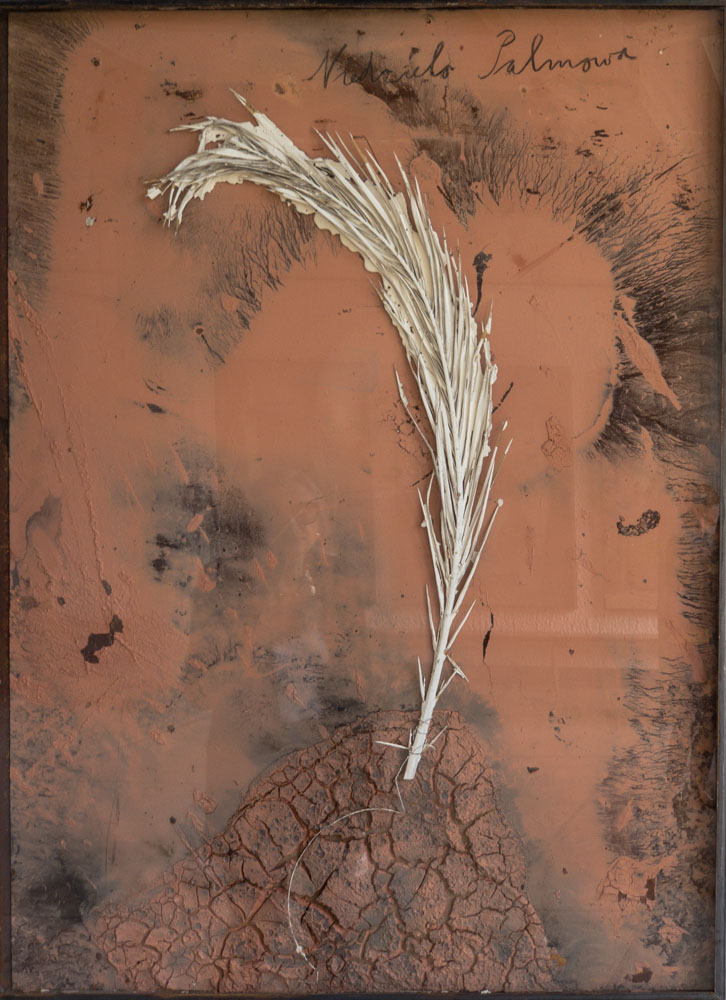 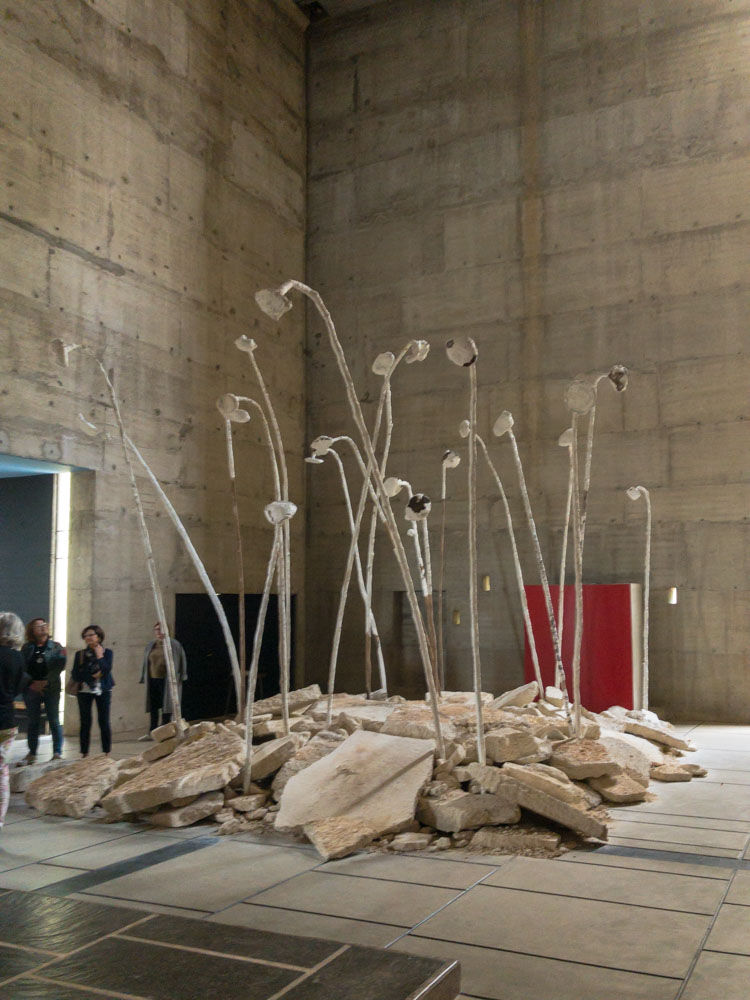 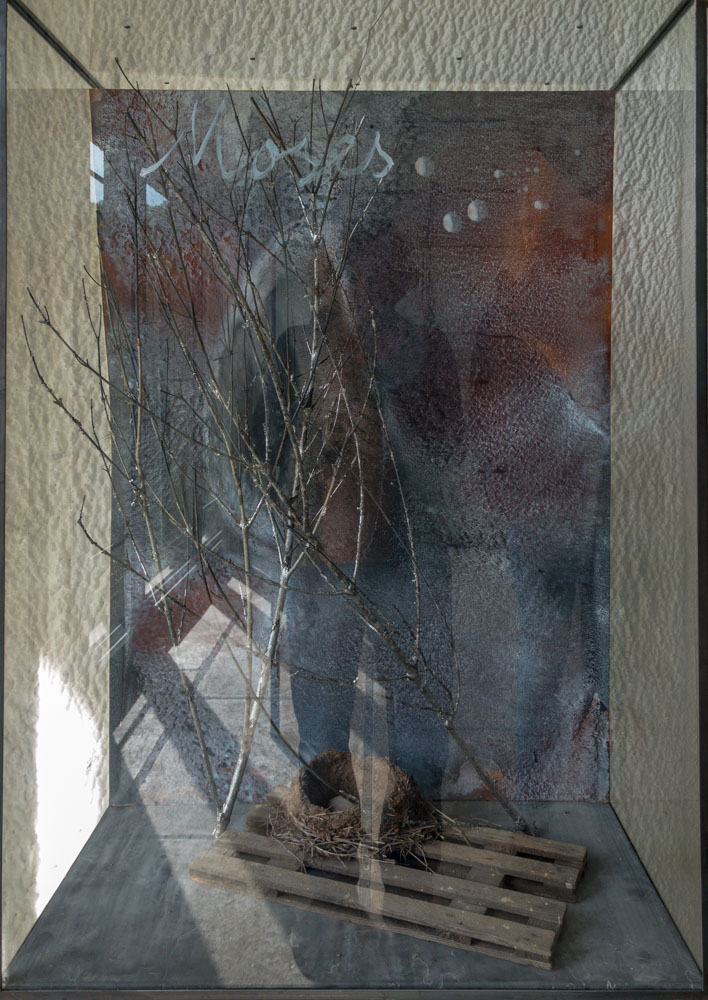 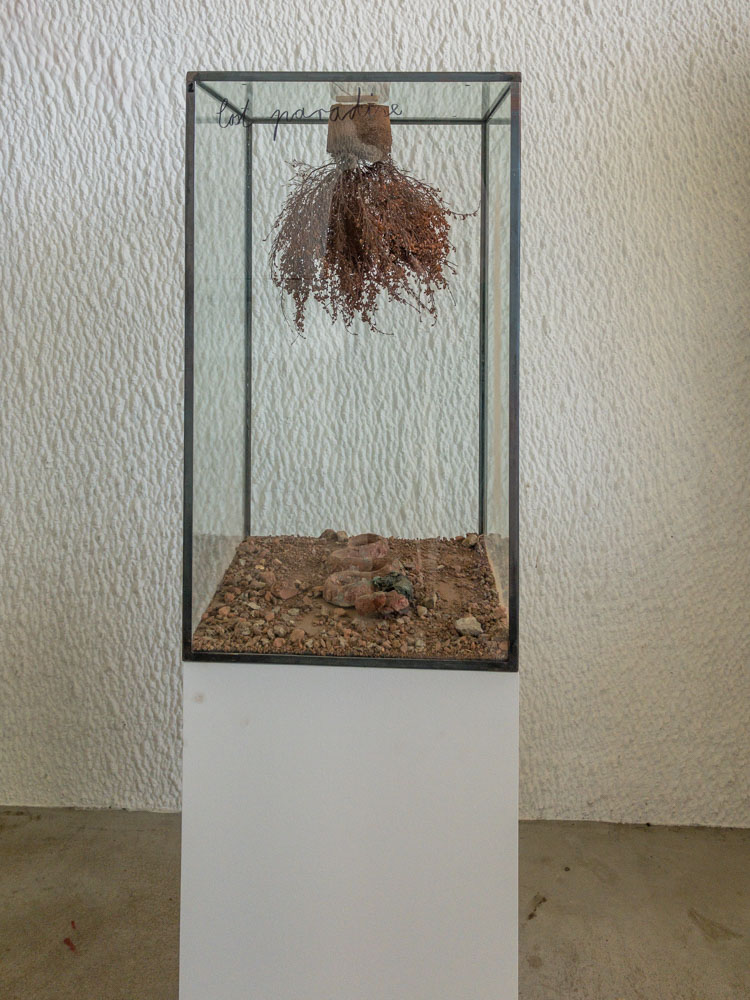 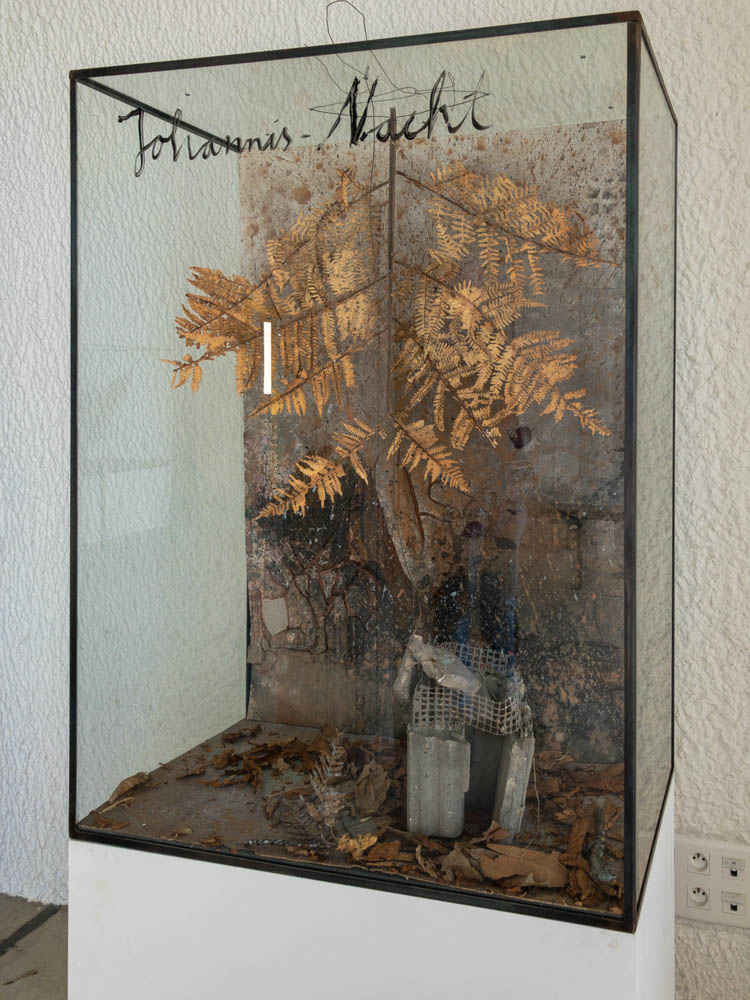 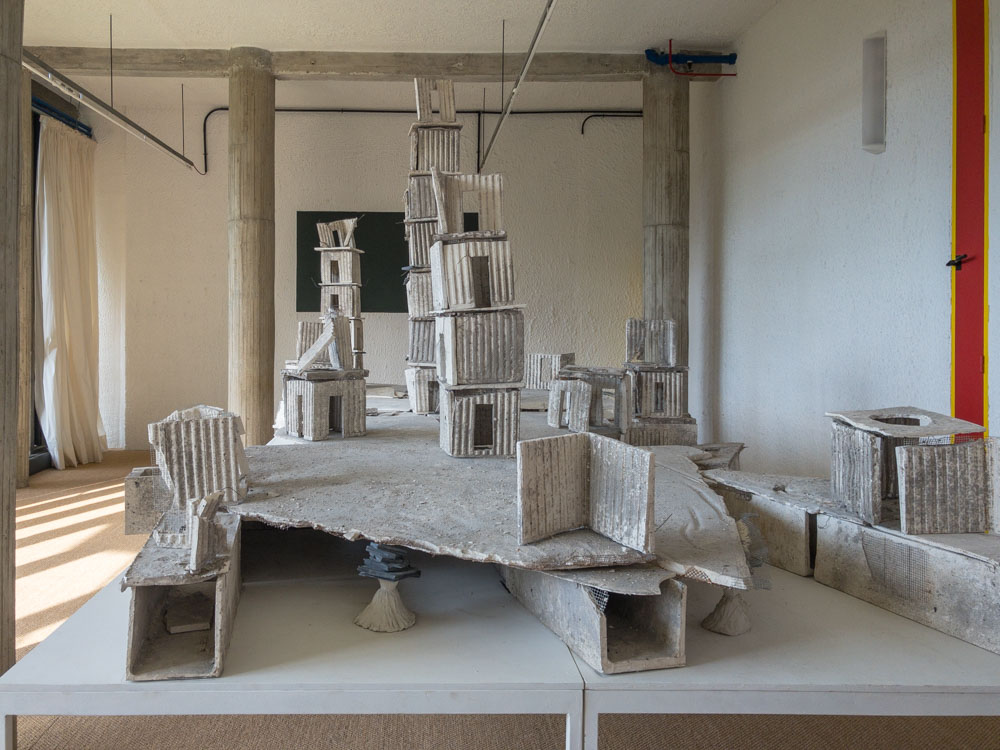