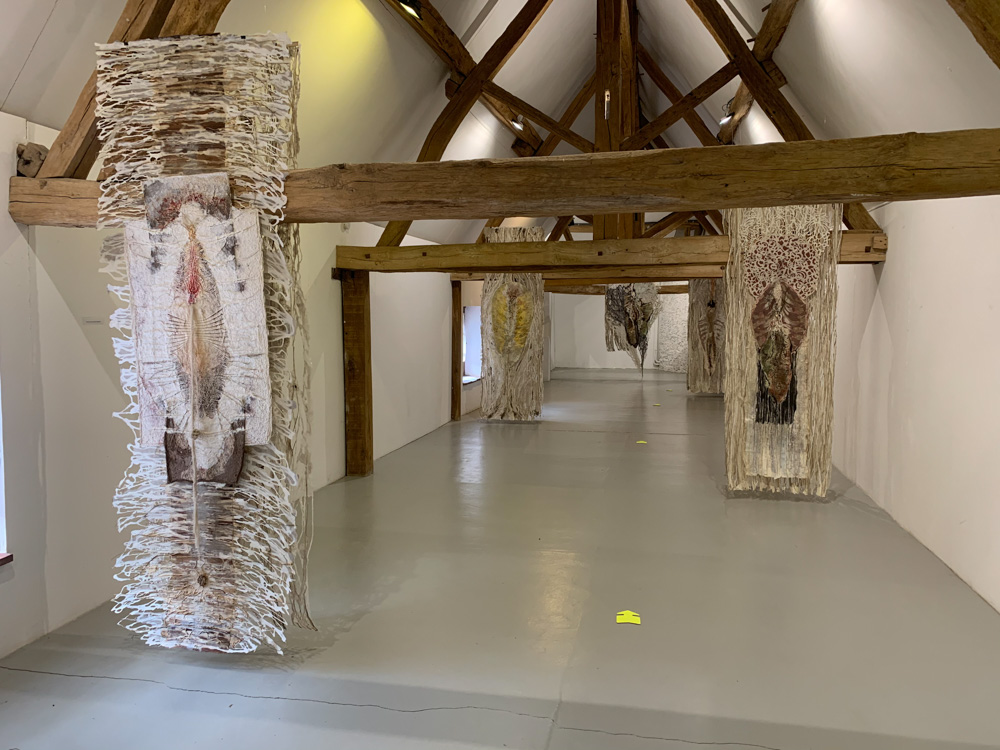 Dominique Rousseau’s work is based on what he calls his « papers ». These papers, which he makes himself, are impregnated with different materials that have been collected in different parts of the world: rainforest, savannah, beach, etc. He then creates his landscapes from this base paper.
(…)
In short, after using paper as a basis for drawing, painting and etching, Rousseau entered the fundamental plasticity of the universe and discovered geological layers in its fibers and pigments. The artist, who started with architecture, is now concerned with architextuur.  (Kenneth White over Dominique Rousseau)

There are beautiful textures in the work, but it is all a bit more of the same. The technique is very nice, but the final images remain somewhat like large totems. And the fact that they are all the same size reinforces this feeling. It are pretty pictures, but for us just too much skill, too little imagination. Yes, (sometimes) beautiful in the details, but it doesn’t work as a whole. 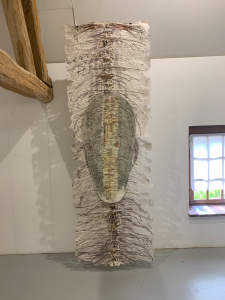 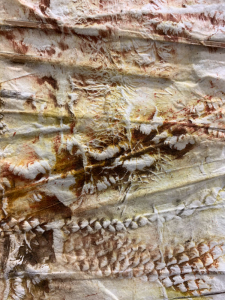